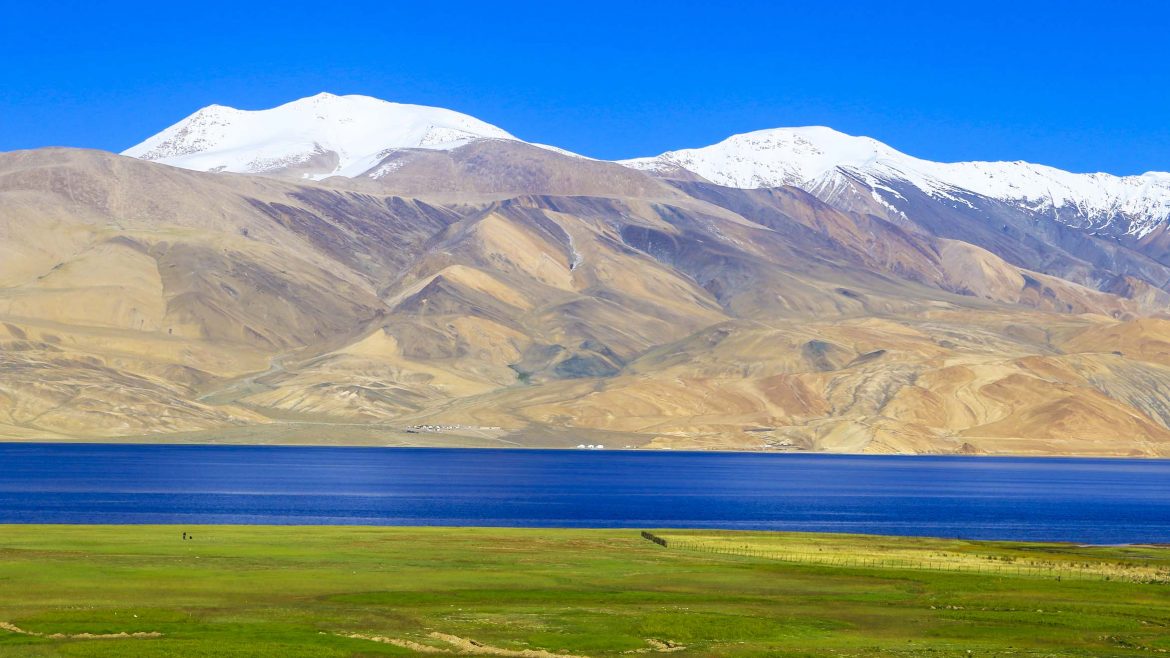 Perched high in the Himalayas, Ladakh is a land of dazzling natural beauty. Snow-capped peaks, emerald rivers, and ancient monasteries dot its barren landscape. Ladakh is also home to a number of shiny blue high altitude lakes, their ravishing beauty luring travellers from across the world. Wrapped around by mountains, these lakes are unlike any you have seen before. So if you are travelling to Ladakh, include these 10 spectacular lakes in your itinerary. A visual epiphany is guaranteed!

Camping on the shores of Pangong Lake is a bucket list item for every traveller heading to Ladakh. It became an overnight sensation after being featured in the movie “3 idiots”, driving everyone to the mountains to witness its splendour.

Even as you stand in front of the lake, you cannot help but think that this is indeed an oil painting brought to life. Mountains of brownish hues surround the lake and as the sun changes course, the lake changes its shades. It’s a phenomenon that has to be seen to be believed.

While it can be done as a day trip, it can get extremely hectic, so ensure you stay at Pangong Lake. You can camp in tents set up around the lake.

How to get from Leh to Pangong Lake: There are multiple routes to get to Pangong Tso, however the safest and the easiest route is from Leh via Chang La pass. It will take around 6 to 7 hours from Leh to reach the lake. 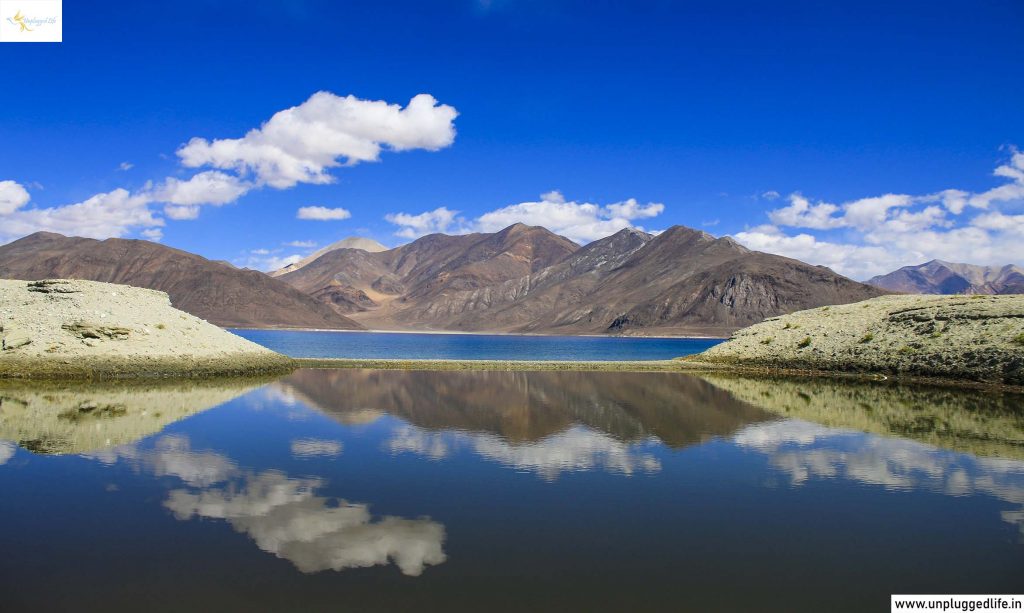 In the race to reach the popular Pangong Tso, most travellers often miss the womb-quiet Tso Ltak. Easily spotted as a speck of blue hemmed in by precipitous mountains.

Located a few kilometers from Chang La pass — a midpoint where travellers mostly make a halt to enjoy some hot Maggi and coffee before starting on the second leg of the journey to Pangong.

You will encounter a distant sight of Tso Ltak on your right from the main road leading to Pangong. The best part about this lake is that it is as beautiful as the famous lakes of Ladakh and is seldom visited by tourists, hence, this is exactly the place to spend an hour of solitude.

How to get to Tso Ltak:  Leh – Chang La – Tso Ltak (the lake is at the foothills of Chang La pass. It can be covered when visiting Pangong lake).

Tso Moriri is the second most popular lake in Ladakh, almost like Pangong’s twin sibling. With snow-clad peaks towering over its crystal blue waters, it is nothing short of surreal.

Despite being one of the well-known lakes, it sees fewer tourists, making it ideal for those who want to enjoy the company of nature in solitude. Bird enthusiasts would love this place, as a variety of birds like seagulls, Brahmin ducks, and geese are commonly spotted here.

All accommodation options are in Korzok village.

How to get from Leh to Tso Moriri: From Leh, it would take about 7 to 8 hours if you take this route: Leh – Karu – Chumathang – Mahe – Tso Kyagar – Tso Moriri. 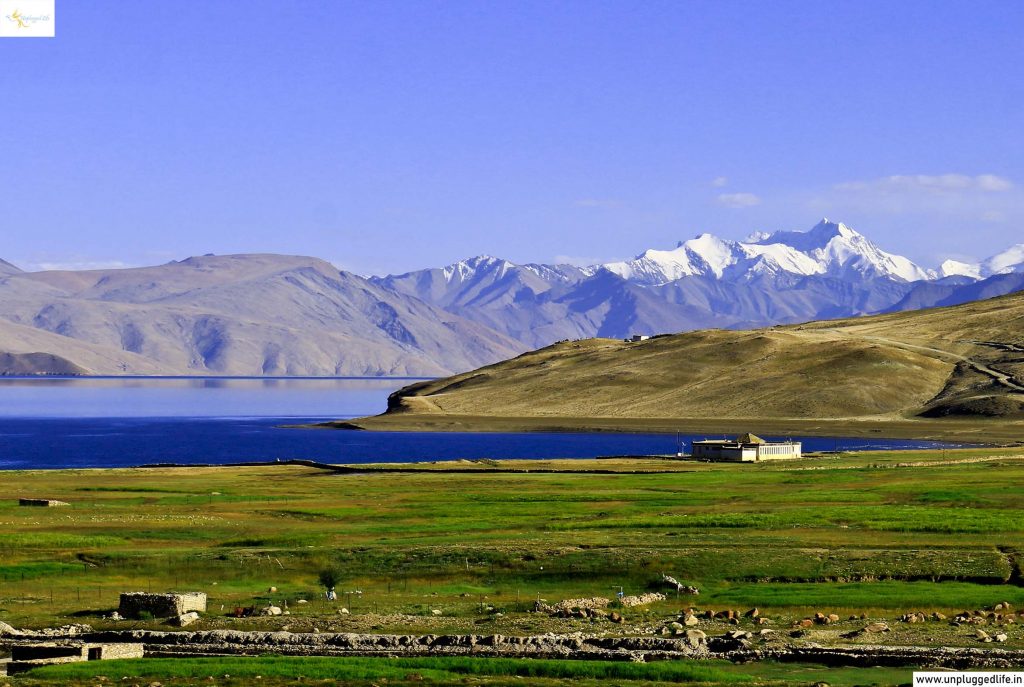 Kyagar Tso is one of those small yet sublime lakes that are usually not on the tourist radar. Its emerald waters and reflections of the surrounding hillocks are certainly worth a few shots. It lies on the way to Tso Moriri, so you can make a quick stop here before moving on.

How to get from Leh to Kyagar Tso: The route goes Leh – Karu – Chumathang – Mahe – Tso Kyagar. 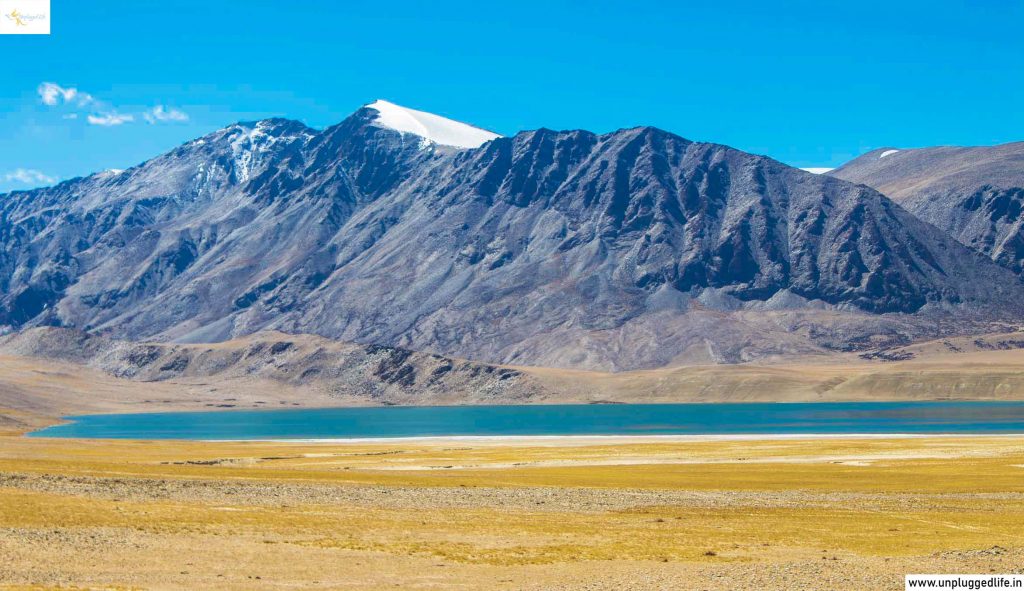 Mirpal Tso falls along Kaksang La, a high mountain pass at an elevation of 5436m (17,834ft). Locally famous as the road to hell because of its steep drop-offs and hairpin curves, as you descend from Kaksang La, a bewitching beauty lying in the lap of rolling mountains is seen on your right. The high mountain lake enables you to commune with nature in the purest form.

How to get there: From Pangong the route goes Spangmik – Man – Merak – Chushul – Mirpal Tso – Yaye Tso – Mahe – Chumathang – Leh.

Yaye Tso is a hidden jewel along the Chushul-Mahe road – a postcard-worthy lake that is unmarred by tourism. A stretch of a marsh usually cuts off the northernmost part of the lake which is home to a variety of avian species such as brown-headed gull, brahminy duck, bar-headed goose. This lake is among the off-the-beaten paths in Ladakh valley where the only visitors who will photobomb your selfie would be Yaks, Blue Sheep, Horses, Marmots & Kiangs (wild asses). Beware!

Tso Kar is a serene azure blue lake overlooked by two majestic peaks. It is connected at its south-west end to another small lake called Startsapuk Tso, and together, they form a massive lake, though much smaller than Pangong and Tso Moriri.

This lake is a great place for avid bird photographers, as rare blacked necked cranes come here to lay eggs. The lake is completely deserted, so beyond a few nomadic families, you will hardly find anyone.

You can set up your own tents here as there is no standard accommodation provider around here.

How to get from Leh to Tso Kar and Startsapuk Tso: It takes around 7-8 hours from Leh by this route: Leh – Karu – Tanglang La – Tso Kar – Tso Startsapuk.

Considered to be a holy lake, Yarab Tso is completely hidden from civilization. In fact, you need to hike for 15 to 20 mins to get to this lake, and it’s totally worth the effort.

It’s a very small lake, looking almost like a sacred pond. Its crystal clear waters are transparent enough to reveal the rocky terrain underneath.  The reflections of its picturesque surroundings on the waters would leave you awestruck.

Since it’s a highly revered lake, you are not allowed to swim in its waters.

How to get from Leh to Yarab Tso: You can get by road from Leh to Sumur Village via Khardunga La. It would take 4-5 hours to reach the village. Drive for 20 minutes ahead of Sumur Village and then, it’s a 20-minute hike from there. 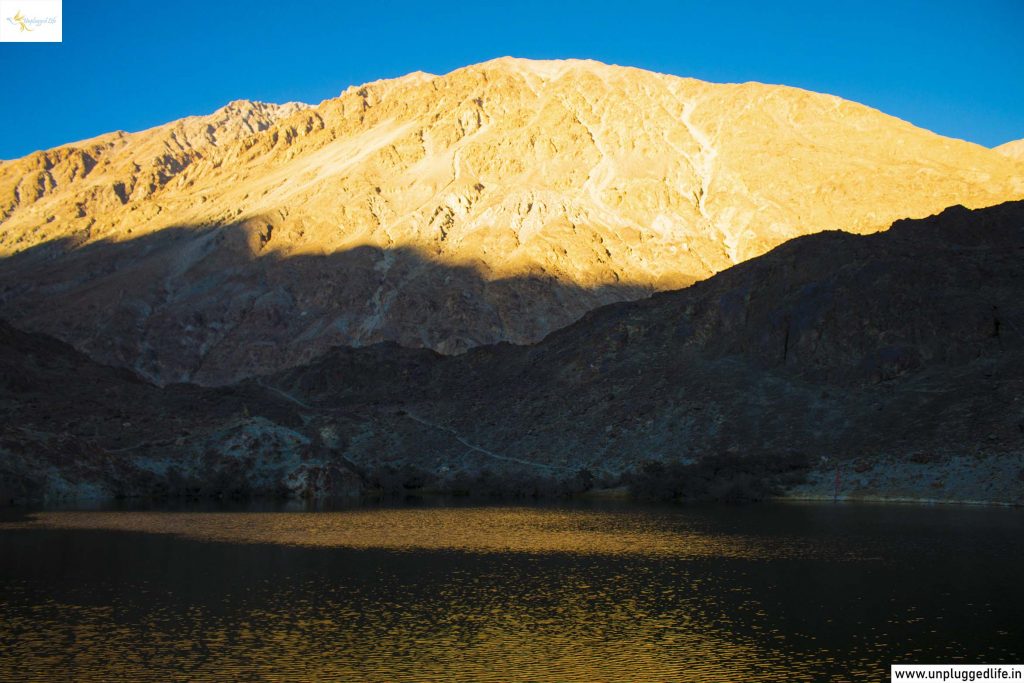 Encircled by snow-clad mountains, Suraj Tal is a peek of positivity on the Manali-Leh highway. A shimmering blue lake in the Lahaul-Spiti valley which lies beneath the summit of Baralacha Pass. In fact, it is a popular landmark around the crossroad summit where roads from Spiti, Ladakh & Zanskar meet. The lake is just a brief halt en route Leh, however, trek enthusiasts have also started covering it on foot for a closer experience.

How to get to Suraj Tal: Take the Leh-Manali highway or vice versa. 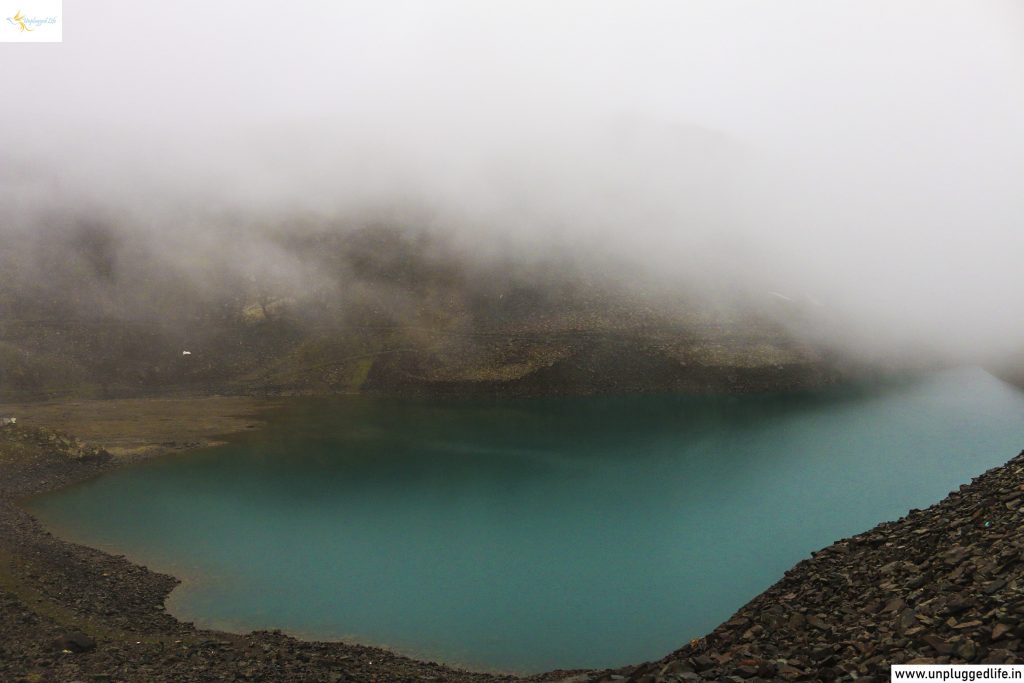 Note: All these lakes are at high altitudes, so ensure you have acclimatized properly before you visit them.